Marathon Runners Are Going The Distance No Matter Their Age 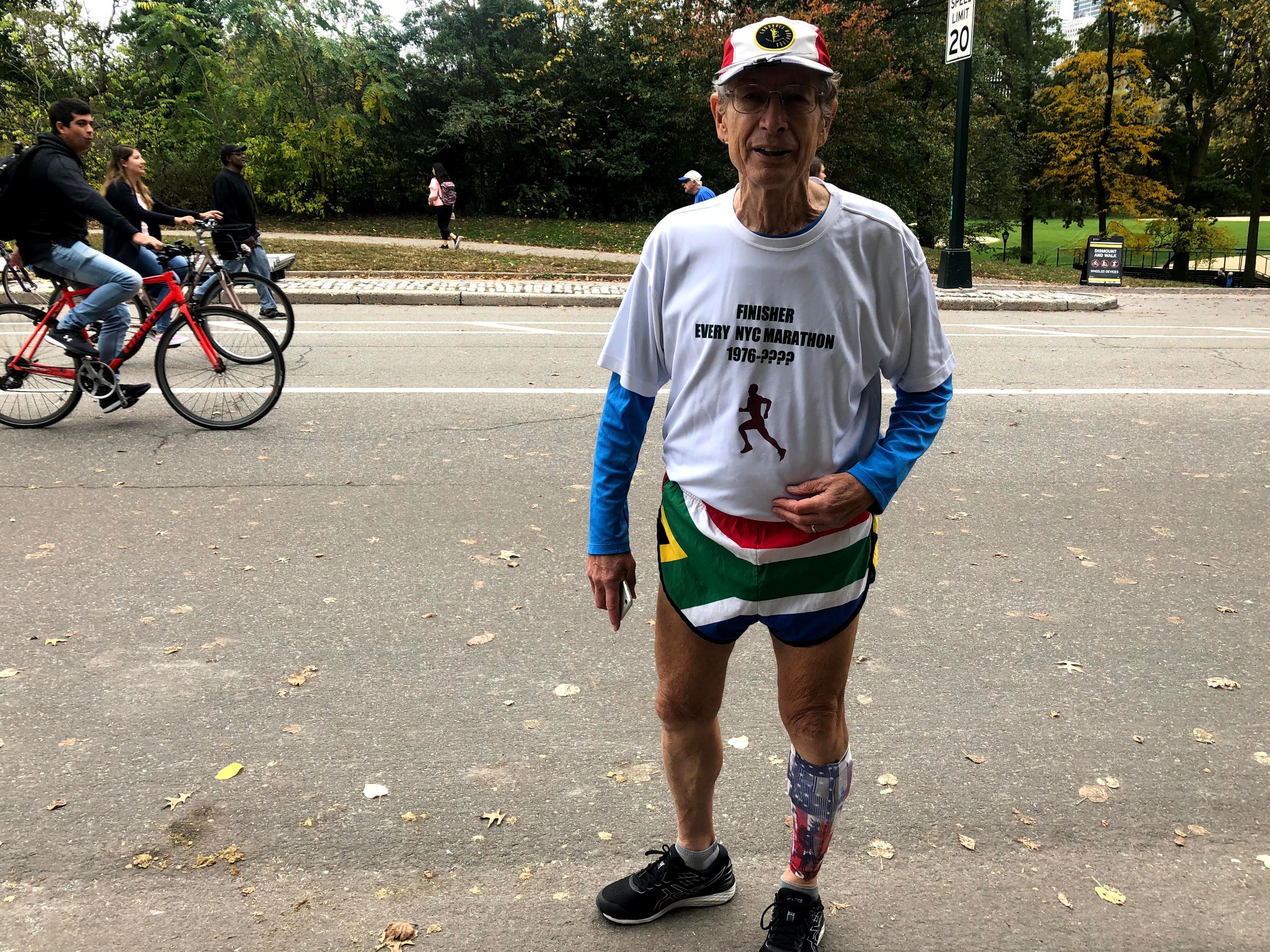 Juergen Kuhlmey, one of the oldest runners in the New York City marathon, doesn’t follow a special diet — he eats everything.

“I eat everything, but what I don’t like, I don’t eat,” said the German runner. He does love vegetables but said he avoids wine because it is too sour.

He is among hundreds of older runners making their mark in the marathon. Last year, 382 runners ages 70 to 89 completed the marathon, according to results from the New York Road Runners, a non-profit organization that seeks to inspire people through running.

Kuhlmey has run marathons all over the world and likes being able to meet people in his travels.

Roland Ratmeyer, 81, finished second to Kuhlmey in the 80 to 89 age group last year. He started running seriously at around 40 years old when his son began to run cross-country. Ratmeyer said they started to run together.

At his age, Ratmeyer realizes that he has to be more serious about training, something that he said you don’t think about as much when you’re younger.

“What I’ve done the last couple of years is I’ve signed up for what they call a virtual training schedule with the New York Road Runners,” he said.

He lives in Bayonne, N.J., and trains by running around Bayonne Park. The park has a track, but most of his mileage is done on the bike and walking trails.

Many people can begin the marathon, but it takes work and perseverance to finish it.

Dave Obelkevich, 76, has a record-breaking running steak. He has completed the marathon 42 straight times, according to the New York Road Runners website. It would have been 43 had the race not been cancelled in 2012 due to Hurricane Sandy.

The first time he ran the race he didn’t run the full distance. Nearly 50 years ago, when the race consisted only of loops around Central Park, he recalls simply jumping in.

“I waited at 100th Street and I saw the first 75 go by and finally I thought, ‘I think I can keep up that pace,’” Obelkevich said.

He jumped in and did six miles in 43 minutes, and he was sold on running the race. He completed his first full marathon in 1974. Two years later, Obelkevich kicked off his running streak.

Tucker Andersen, 77, ran 33 straight marathons before having to sit out the 2009 race because of an injury. As he prepared to run this year’s marathon, he had a key piece of advice for other runners.

“Don’t get caught up in the excitement and go out too fast,” he said. “Save yourself for the second half.”