Businesses along the course are mixed on if the crowds help or hurt sales. 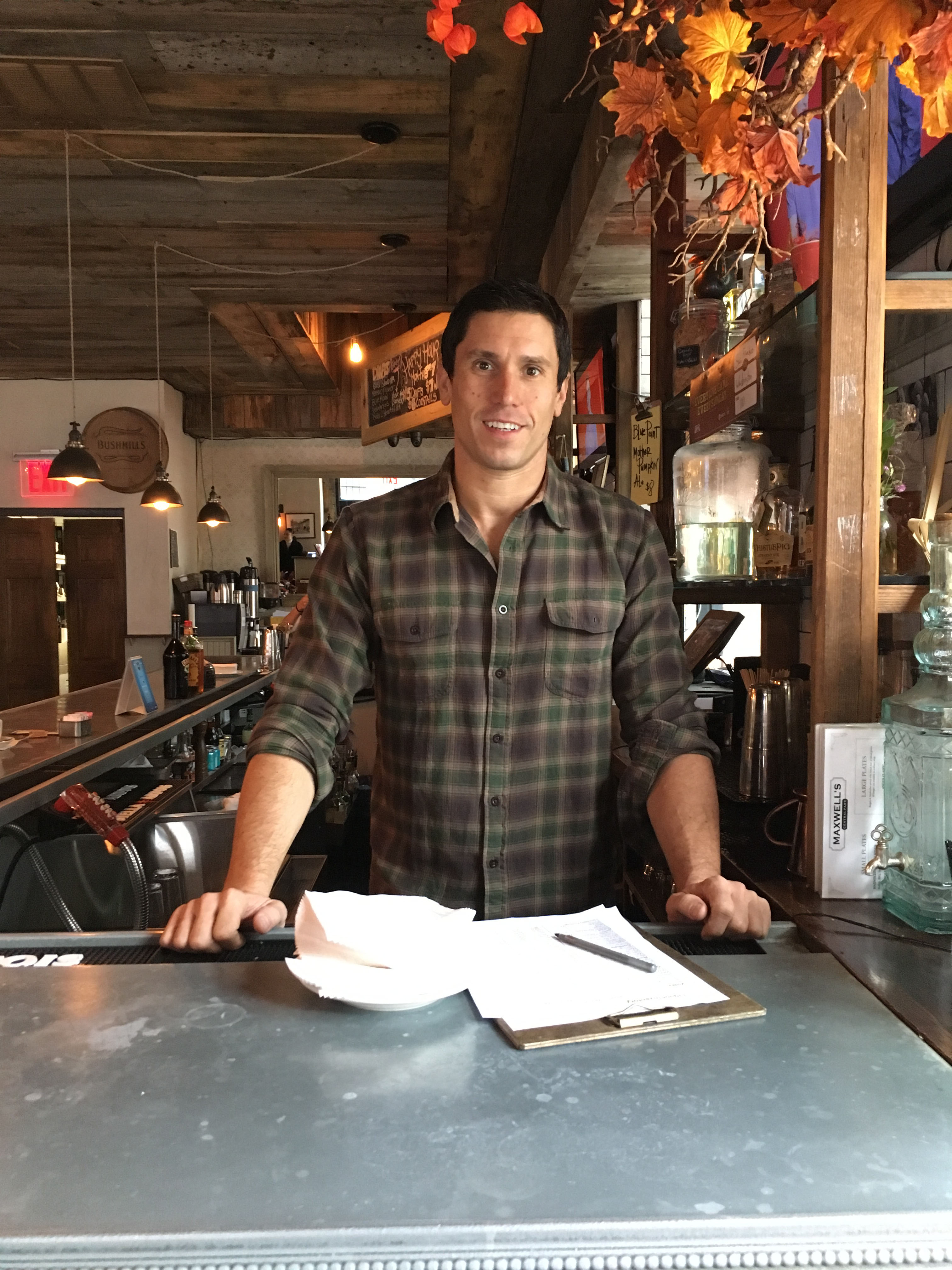 Alex Tortolani is an owner of the restaurant Maxwell’s Central Park in Harlem. He said that the New York City Marathon is their busiest day of the year. (Kevin Truong/NYCity News Service)

Damian Laverty-McDowell manages Peaches HotHouse in Fort Greene, Brooklyn, a popular Southern comfort food restaurant that looks out on Fowler Square. A typical day is busy for Laverty-McDowell as he welcomes customers inside and directs orders of French toast and hot fried chicken to the correct tables. On Marathon Sunday, the restaurant will cater to the overflow from the triangular plaza across the street.

“Everybody crowds out right in front here,” he said, referring to the square where spectators gather each year as runners make their way through the New York City Marathon. “Everybody is looking for breakfast before the festivities or after everything is all done,” said Laverty-McDowell.

Approximately 50,000 runners from across the world come together on the first Sunday of November to race in the New York City Marathon and the impact on local businesses along the route differs depending on the industry they serve.

The annual event, which boasts over one million spectators on the sidelines of the course, provides a financial boon to the city. The most recent public projections from the New York Road Runners found that the economic impact of the race was $415 million dollars in 2014.

But employees of bodegas, restaurants, smoke shops and furniture stores, all located directly along the race’s path through all five boroughs, are divided as to whether the race has negative or positive impacts on their operations.

Alex Tortolani is an owner at Maxwell’s, a restaurant located along the Upper Manhattan part of the course, one block from Central Park.

“We’re at mile 22 or 23, so a lot of people are here to support and get a look at whoever they’re following before they get into the park,” Tortolani said. “It’s our best day of the year.”

Although the restaurant sticks to its regular brunch menu, Tortolani said they open up earlier on race day and have hired a DJ in past years to play outside in celebration. The restaurant often hosts events and private parties.

“It’s a great day in New York,” Tortolani said. “The city is in great spirits. It touches all the boroughs.”

Tortolani gives one illustration as to how much business increases on the day of the race: “There’s only two bathrooms in here and we have a line starting at 10 a.m. going to like 5 p.m.,” he said.

Laverty-McDowell of Peaches HotHouse has worked at different restaurants on Marathon Sunday for at least the last five marathons, and he said the race usually helps business. But Peaches already serves between 120 to 150 people on an average Sunday so the rush is nothing new.

“We’re at capacity right now, so there is only so much more business that we can do,” he said, referring to a typically bustling day. “It’s just hectic because there are so many people outside.”

Businesses outside of the food and drink industry tend to report more negative impacts of the race, often because of road closures and large crowds blocking off sidewalks.

Mansoor Alhalmi has tried to have sandwich specials at his Harlem deli on marathon day but he said his efforts rarely drew in new customers. “The people in the street, they cut all business,” he said.

Yoselin Lopez works at Furniture on 5th which is located along the route in Harlem. She said the store closes on the day of the race because the large crowds deter customers from coming in.

Syed Muddas also anticipates that the large crowds will have a negative effect on his smoke and vape shop in Queens. He works at Rozina Mini Mart near the Queensboro Bridge located directly along the route.

“It will be a little less for our business for all the products we have,” Muddas said. “People are looking at the marathon, so they don’t come into the shop.” 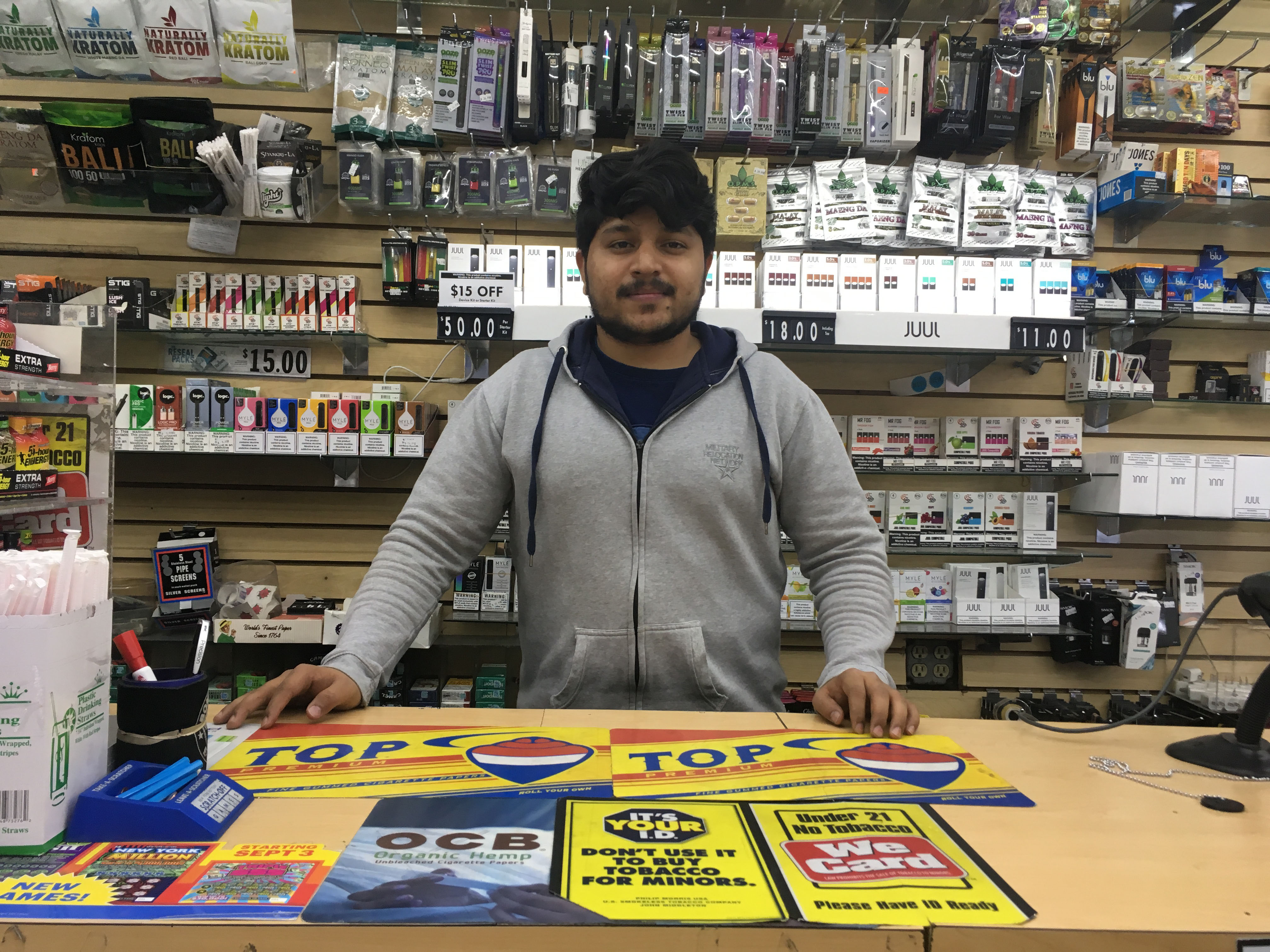 Business is slow for Syed Muddas’ Queen smoke shop on marathon day but he doesn’t mind because Sundays tend to be slow and he supports the runners. (Kevin Truong/NYCity News Service)

Muddas noted that Sundays are normally a slow day anyway, and as a New Yorker and fan of the marathon he doesn’t mind the one-day slump.

“People are always working in their jobs or in an office and that’s it,” he said. “So, they need to run a marathon every year because they can free themselves. They feel good. It’s inspirational.”

The Sound Of Silence →