One runner raised the funds and had the support, but due to an unexpected illness she had to pull out of the New York City Marathon just two weeks prior to race day. 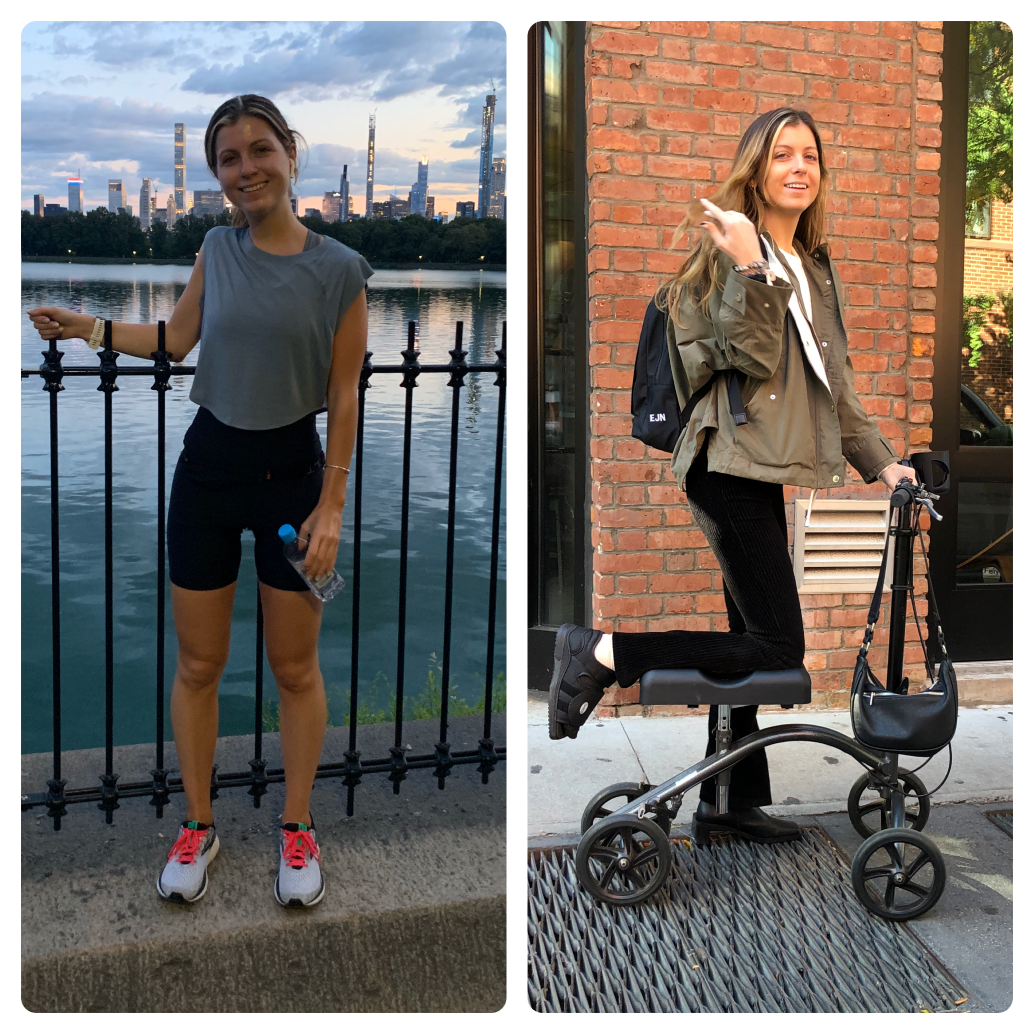 Erin Nunes, 24, was recovering from surgery at NYU Langone Orthopedic Hospital when she saw the runners on television.  She pointed to the screen and told her father that she was supposed to be out there running.

Local news was covering a separate training race put on by the New York Road Runners, the organizers of the New York City Marathon. As a runner for the organization’s Team For Kids charity, Nunes ran in all of the training series races, which increased in distance as the marathon got closer.  The 18-mile preparatory race would have been the farthest she’d run yet. It was seven weeks before the marathon and Nunes still believed she would be there on race day.

Nunes moved to New York to work as a paralegal after growing up in Boston and attending Boston College. After two years, she left her job to attend law school at New York University on a full scholarship. With a month and a half between the two ventures, which some people might use to travel or vacation, Nunes decided to train for the marathon.

“After a day of work, [running] just got everything out and I felt good after,” said Nunes, who has always dreamed of running a marathon.

Growing up, she watched the Boston Marathon every year and had relatives who participated.

She decided to run for a charity to qualify and to minimize the costs by being part of a team. She had never run a half-marathon or participated in official races due to the costs.

“It’s a financial commitment that I didn’t have coming out of school,” said Nunes. “I don’t come from a lot of money.”

Through July and August, she trained and raised funds. She was running faster than she anticipated and found that raising the money ($2,620 for Team for Kids—$100 per mile) was easy. Then, over Labor Day weekend, the problems started.

First it was a sore throat. Nunes went to a CityMD clinic to get tested for strep throat, but the tests came back negative.  The sore throat went away.

Her ankle started to hurt days later. Minor aches in the afternoon, but by midnight she couldn’t walk.

She was diagnosed that week with septic arthritis, a bacterial infection in the joints of her ankle. Doctors performed surgery immediately.

“When they say that people forget the pain of a marathon and that’s how they can keep running them, well I feel like I forgot the pain; you kind of block it out,” said Nunes.

Her doctors kept her in the hospital for days, trying to figure out what caused the infection and how they should treat it.  Nunes assumed that the injury was somehow related to her training, but persisted in the belief that she’d still be able to participate in the race.

At the end of September, Nunes held her last fundraising event. She arrived on a knee scooter, with no pain but still unable to walk, to greet friends and family who came from as far as Washington and Boston to support her.

When supporters asked if she was going to race, she still said yes.

“Erin is one of the most hardworking people I know so it was not surprising that she was holding out,” said Maggie Crowley, a friend who runs the Boston Marathon every year and supported Nunes through her training.

Nunes raised the money and more at her fundraiser.  Her brother, Ryan Nunes, who visited New York to help take care of her, escorted her to the fundraising event.

“She is like an emotional tank; she can handle anything; she’s the strongest person I know,” he said after watching her scooter between groups, engaging with everyone who came.

Nunes finally dropped out two weeks before the marathon, after doctors diagnosed the problem that kept her from improving.  She had osteomyelitis, a rare and serious infection in her ankle bone.  The doctors believe that Strep A bacteria—usually the cause of strep throat—caused the bone infection.

New York Road Runners, which hosts the New York City Marathon, does not publish statistics on how many runners drop out of the race beforehand. But in 2018, over 99% of the runners who started that day managed to cross the finish line.

“I was training for so long, so I was really excited to [run].  Not only training for months, but I’d been thinking about it for years,” said Nunes. “So it was hard when I realized that I couldn’t do it.”

The organization allows runners to defer their participation a year, so Nunes is guaranteed a spot in the 2020 race.  She’ll have to pay the few hundred dollar entry fee again.

“My plan is to run it next year,” said Nunes. “[The doctors] don’t want to give me false hope, but at the same time … they just don’t know either because this doesn’t happen to people my age.”

Nunes has upgraded from knee scooter to crutches, but is still unable to walk. She said the bright side is that 2020 will be the 50th anniversary of the marathon so it will be a special year to run.  Until then, she’s focusing on getting better.

“It became this goal: I’ll get better by the marathon, and that will prove that I’m better.”

← Menstruating During A Marathon, A Subject Rarely Talked About